The Wolfman: Lawrence transforms into a werewolf HD CLIP

Published on February 9, 2023 by: Binge Society


The Wolfman: Lawrence transforms into a werewolf HD CLIP


What’s happening in this “The Wolfman” movie clip?
When the moon is full, an old man turns into the Beast, a killer werewolf. The inhabitants of the city try to create a trap in order to kill him in the woods. They attached a deer to a pole, and in front of that, they dug a big hole. As expected, the werewolf fell in the hole. However, one of the men fell too and was killed by the werewolf. Trying to see what happened, another man approaches the hole and gets pulled in and also killed by the werewolf. The other villagers are firing into the hole but without luck. The werewolf jumps out of the hole and starts killing all the men that are shooting at him with his big claws. Two men try to escape but are soon met by the beast. One of the men tries to kill himself, but he has no more bullets in the chamber, so the werewolf cuts his head off. Inspector Abberline (Hugo Weaving) arrives, but it’s too late.

What’s the “The Wolfman” movie about?
Lawrence Talbot's (Benicio Del Toro - who also starred in Sicario, Guardians of the Galaxy and Snatch) childhood ended the night his mother died. After he left the sleepy Victorian hamlet of Blackmoor, he spent decades recovering and trying to forget. But when his brother's fiancée, Gwen Conliffe (Emily Blunt from A Quiet Place, The Devil Wears Prada and The Huntsman: Winter's War), tracks him down to help find her missing love, Talbot returns home to join the search. He reunites with his estranged father (Anthony Hopkins - who also starred in The Mask of Zorro, Silence of the Lambs and Meet Joe Black).
He learns that something with brute strength and insatiable bloodlust has been killing the villagers, and that a suspicious Scotland Yard inspector named Abberline (Hugo Weaving) has come to investigate. As he pieces together the gory puzzle, he hears of an ancient curse that turns the afflicted into werewolves when the moon is full. Now, if he has any chance at ending the slaughter and protecting the woman he has grown to love, Talbot must destroy the vicious creature in the woods surrounding Blackmoor. But as he hunts for the nightmarish beast, a simple man with a tortured past will uncover a primal side to himself one he never imagined existed.

Like this video if you want to see more episodes and tell us what you thought in the comments below.

Don't forget to turn on notifications to catch our next videos!

Binge Society brings you the best of your favorite movies and TV shows! Here you will find iconic scenes, moments, and lines from all the films, characters, celebrities and actors you love. As movie fans, we give you content we know you will enjoy! 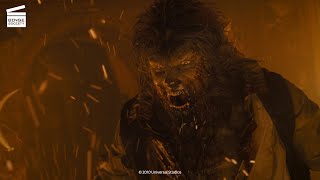 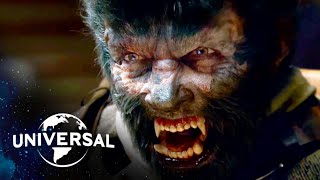 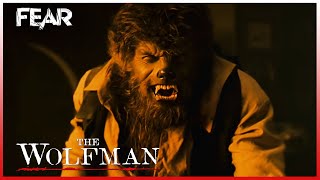 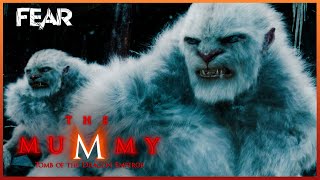 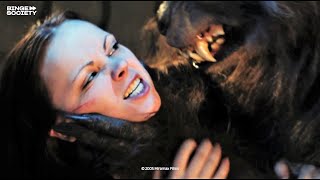 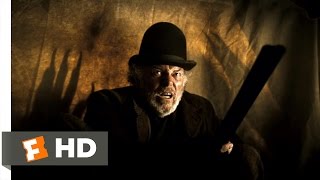 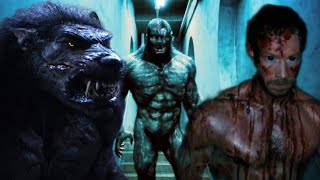 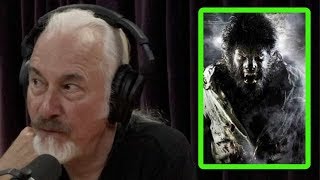 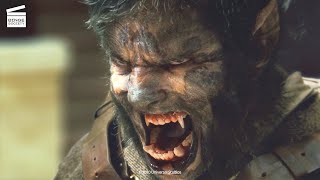 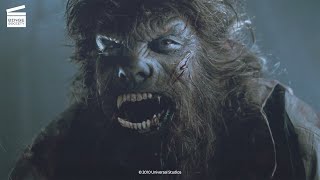 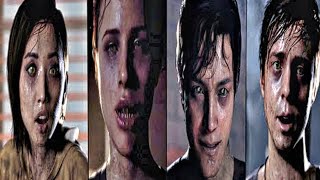 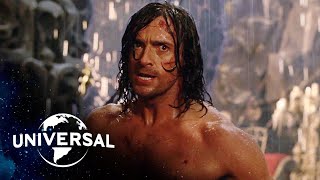 The Wolfman: Lawrence transforms into a werewolf HD CLIP - VerPeliculas